Probing the first galaxies is key to our understanding of both the early stages of galaxy formation and evolution, and the contribution of early star-forming galaxies to the UV budget the reionized the Universe.

Detecting such systems is the key science driver of NASAs flagship mission the James Webb Space Telescope (JWST). While JWST will be ground breaking in its detection of galaxies in the early Universe (z>10-12), such systems are exceptionally faint (due to their extreme luminosity distance), and as such difficult to detect and/or study in great detail. Gravitational lensing offers a unique probe into the distant Universe, with compact groups at z~0.7 amplifying the light from background sources at z>10 by ~20 times. WAVES-deep will robustly identify and map thousands of dark matter halos at intermediate distances, allowing the identification of the best foreground lenses for JWST to probe the early Universe. WAVES PI Driver is part of a JWST Team with guaranteed time for Dark Age studies using this technique. 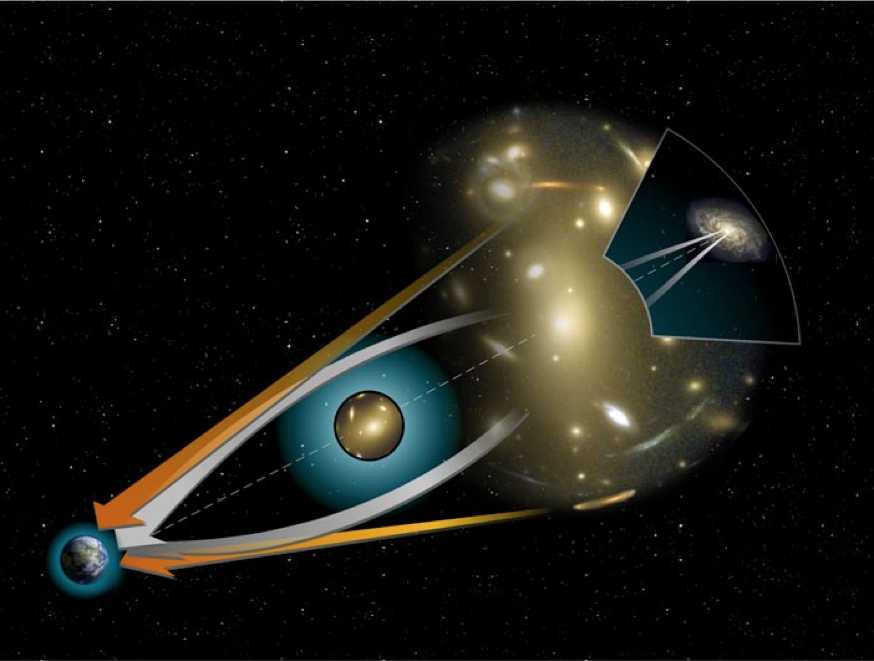 Using compact galaxy groups as lenses into the distant Universe.